The author my son and husband BOTH dislike 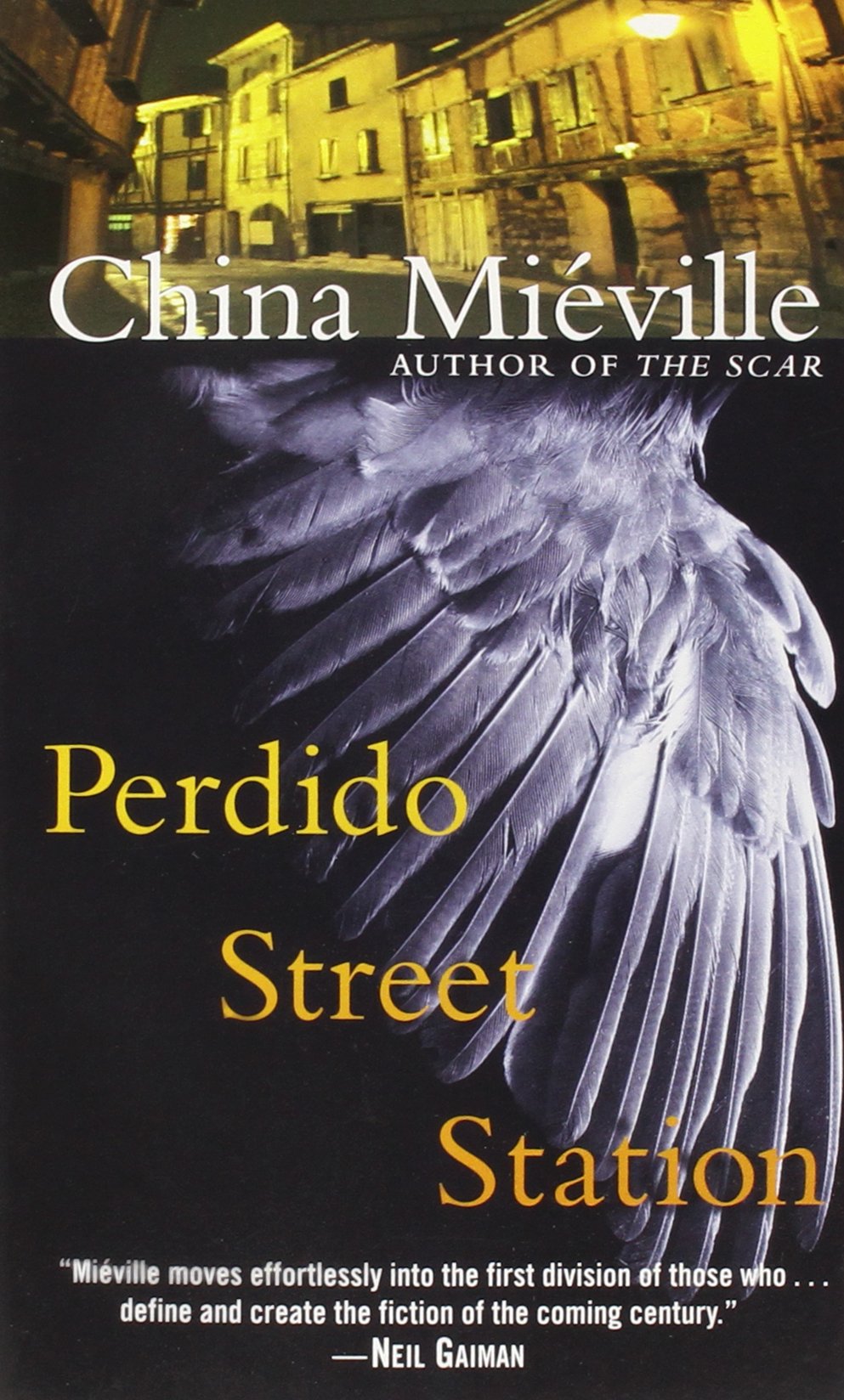 One of my favorite fantasy series is China Mieville’s “New Crobuzon” trilogy: Perdido Street Station, The Scar and Iron Council.  This is the steampunk and magic laced world with a corrupt capitalist government, where social, racial and cultural differences are exploited for the political and fiscal gain of the corrupt upper echelons of the city (a familiar story).  The city of New Crobuzon itself is an alternate existence of London, dense with neighborhoods that spiral out over time from a central point on its Thames, the Gross Tar.  Each neighborhood has a history, each neighborhood has its races and cultures, each one is distinct.  New Crobuzon, as a world, is as much about urban history and urban geography and urban sociology as it is a fantasy realm.

I love cities.  I love the stories of cities, how they grow, how neighborhoods are built and change over time.  Therefore, I threw myself wholeheartedly into Perdido Street Station.  I saw, in my imagination, the descriptions of each neighborhood, from the scientific quarter of Brock Marsh, to the abandoned projects of Dog Fenn.  I understood the backstories of how neighborhoods came to be occupied by specific immigrant groups.  I especially loved reading about some neighborhoods went from mansions to slums and back again, keeping tenements as museums to past poverty in their midst (we have one of those!).  And I especially appreciated that, as in all great cities, New Crobuzon grew along its trains, its El, the trains the commuters still take each day, the million ordinary people of a fantasy world, traveling to and from work in a universe full of monsters and magic, between their version of the Outer Boroughs and their white-collar jobs.

Paul was not as much a fan of this concept.  He’s fine with world building – he has slugged through King’s Dark Tower series, which I don’t have patience for – but not an urban studies textbook disguised as a steampunk fantasy.   His response was that Mieville spent too much time city building and writing a Lonely Planet: New Crobuzon and not enough time actually developing characters or plot.  I pointed out that the character development is great in New Crobuzon, it’s just that each character also has to function as a representation of their class, race and culture almost as much as they are a separate being in their own right.  Each character has to also either exemplify their people, or illustrate their community through their outcast or outsider status.  Nothing tells us about a people and their culture like those they choose to exile among them.

Therefore, I should not have been surprised when Ben flat out refused to engage with the children’s version of New Crobuzon: Un Lun Dun.  We’re attempting to read this right now as the nightly bedtime story, and I’m just not getting anywhere with it. There’s a lot of eye rolling, especially when I have to explain the English language:

ME: Binja!  Get it?  Bin…ja?  They’re bin ninjas?
BEN: They’re garbage cans with legs and nunchuks
ME: English people call a trash can a bin.
BEN: *eye roll*

I also love Un Lun Dun.  It’s not the flip side of London that Kraken is, but it is a travelogue through a London’s dreams, a city built of London’s cast offs, both material and thought, a city of random buildings and people, traditions and creatures.  There’s ghosts and monsters, creatures of all  shapes and sizes.  There’s houses made from M.O.I.L. – Mildly Obsolete In London – which means typewriters and cassette tapes.  There’s even a November Tree, a tree made of solid light from Guy Fawkes fireworks.  And my favorite part of Un Lun Dun is how it flips the heroine’s journey around, changing how we think of destiny in these kind of children’s stories.  Perhaps it is time that the world gets saved by the “funny one”, not by the chosen one.

The ab-city, with its houses and dwellings made of everything, in every shape.

Ben, however, is not nearly as charmed and interested in visualizing the ab-city.  I therefore blame Paul for this.  My husband is less into world building that I am.  I want all my books to come with an expansive geography.  I own a copy of the Dictionary of Imaginary Places.  I love maps, I love places, I love cities,  and I love imaginary worlds that come complete with entire sociological histories..  Paul, however, would like his books to be less of an atlas of a mythological land and more of an actual plot and character driven tome.  I suspect our son has taken after his father because attempts to pull Ben into the fantasy books with the best, most memorable and detailed worlds have been met with resistance.  According to Ben, Narnia is boring.  Earthsea was really boring.  (Middle-Earth we are still working on).

I’ll keep working on this.  I want my son to have that sense of expansive imagination, to be able to imagine other worlds, with their own history and mythology, their own rules of physics and magic.  We’re going to flip into Neverwhere on audiobook over the  break.  I’ve got twenty-plus hours to fill with Gaiman and Tolkein and Lewis…and we are going to get through the rest of Un Lun Dun if it kills me.  I just have to figure out how to get my son excited about exploring these imaginary worlds with his mama.

One response to “The author my son and husband BOTH dislike”